UK-Africa Investment Summit to kick off in January 2021

New trade agreements between UK and 14 African partners to come into force next January. Egypt signed its trade agreement with the UK in early December

The UK-Africa Investment Summit will launch on 20 January 2021, bringing together business leaders from both regions to explore partnership and investment opportunities, according to the UK Department for International Trade.

The previous edition of the Summit was hosted in London by Prime Minister Boris Johnson, at which 27 trade and investment deals worth £6.5bn and commitments worth £8.9bn were announced. Egypt received more than 20% of the new investments.

James Duddridge, Parliamentary Under-Secretary of State for Africa, said: “Over £6.5bn worth of deals were signed at the UK-Africa Investment Summit 2020, which showcased the UK’s offer to African nations, as a global financial gateway and home to the world’s major investors, regulators and innovators. January’s event will once again bring together British and African businesses and entrepreneurs, to support more prosperous African countries.” 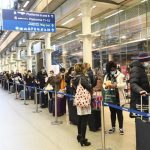 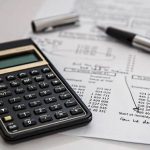