Belgium, France, Italy, Romania and several other EU countries will ban flights from the United Kingdom (UK) over the new coronavirus (COVID-19) variant.

Belgium will ban flights starting Sunday at midnight for at least 24 hours, Prime Minister Alexander De Croo said on a TV program on the Een, a public Dutch-language TV station in Belgium owned by the VRT. For the time being, the Belgian measure only applies for 24 hours, as scientific consultations on this  COVID-19 mutation are still ongoing.
France is to suspend from Sunday midnight (Paris time) for 48 hours all travel from the United Kingdom, “including people related to the transport of goods, by road, air, sea or rail,” the Prime Minister’s Office announced following a cabinet meeting.
“However, it could be extended, if that proves necessary,” he said, according to newspaper Brussels Times.
Eurostar trains between Brussels and London will also be temporarily suspended, according to the report. 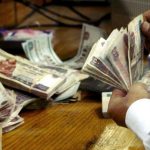 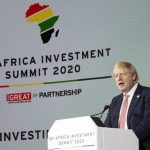 UK-Africa Investment Summit to kick off in January 2021Uncategorized
Start Conversation
Powered by
Hello,
Happy To Help You.