Egypt has called for holding an international conference with Germany, France, and Jordan, in the so-called “Munich format” to stimulate the Palestinian-Israeli peace process. It came during a Saturday joint press conference by Foreign Ministers of Egypt, Jordan, and Palestine in Cairo.

Sameh Shoukry, Egypt’s Minister of Foreign Affairs, stated that all political and diplomatic moves that Egypt took with neighbouring countries come within the framework of the two-state solution. He added that this Cairo meeting is a continuation of diplomatic efforts to find a just solution to the Palestinian cause.

He added that during the discussion with his Jordanian and Palestinian counterparts, he found a great consensus in visions, which can be turned into practical steps by coordinating moves in various international and regional frameworks. 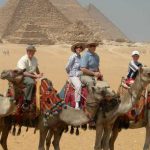 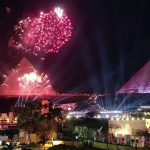