Microsoft has announced a bunch of calling features that will come to Teams soon.

Video conferencing and calls are here to stay and it’s no surprise to see players like Zoom, Microsoft and Google adding features to their platforms regularly. Microsoft has announced a bunch of calling features that will come to Teams soon. As per multiple online reports, Microsoft has made the Teams calling experience more streamlined as all elements — call history, contacts among others — in one single location. Microsoft has also added Apple CarPlay support to Teams.

According to a report by VentureBeat, Microsoft is set to add features like transferring calls by early 2021 to teams. The transfer calls feature will allow users to move calls between mobile and desktop. The feature can come in handy if users need to change locations or devices to finish a particular call.

A new low-data mode is also set to arrive on Teams, which will allow users to cap the amount of data that will be used during video calls. This feature will be based on network availability — Cellular, Wi-Fi or Always. Apart from this, a new spam call identification tool is available on Teams now. 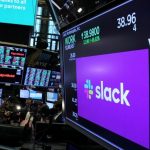 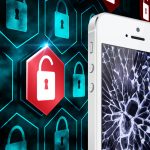 How Google just saved iPhone users from hackers stealing their dataUncategorized
Start Conversation
Powered by
Hello,
Happy To Help You.