Egypt’s newly reconstituted Senate, headed by Abdel-Wahab Abdel-Razek, approved its bylaws that will regulate its activities for the next five years in a final vote on Sunday.

The bylaws were submitted to President Abdel Fattah Al-Sisi for ratification, in preparation for their submission to the House of Representatives. The Sunday session witnessed three hours of discussions and debates on the 292 articles of the Bylaws.

During the Senate’s plenary session, Abdel Razek said that a number of articles had been developed to fit the provisions contained in the Constitution. These are to ensure legislative integration between the Constitution and the law.

The Senate made several amendments to the draft submitted by the General Secretariat of the upper chamber.

The Senate’s bylaws come in line with the provisions of Articles 118 and 254 of the Constitution, especially as the Senate is constitutionally obligated to set its bylaws. These will guarantee its organisation of work, and enable it to exercise its competencies. 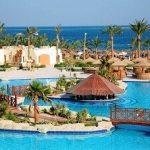 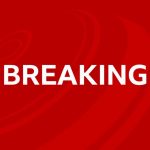