Egypt’s integrated efforts against illegal immigration have been successful, according to Ambassador Naela Gabr, Head of the National Coordinating Committee for Combating and Preventing Illegal Migration and Trafficking in Persons (NCCPIM & TIP).

The Egyptian experience in the field of combating and preventing illegal migration and human trafficking has contributed to reducing this phenomenon, with there being no illegal immigration from Egypt to Europe seen since September 2016.

Speaking exclusively to Daily News Egypt, Gabr said that Egypt has not seen a single boat departing from its shores for four years. The country’s efforts are based on presidential directives related to tightening the security authorities’ control over beaches and ports nationwide.

The state has also intensified development efforts by implementing intensive national development projects, in addition to its support for small, medium and micro enterprises. 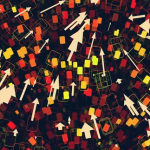 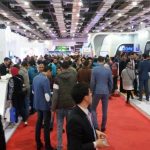 Cairo ICT 2020: Big Reset in Egypt to Adapt to New RealityUncategorized
Start Conversation
Powered by
Hello,
Happy To Help You.