Egypt’s President Abdel-Fattah Al-Sisi directed the Minister of Tourism and Antiquities Khaled El-Enany to utilize the planned reopening ceremony of the Road of Rams (ram-headed Sphinxes Avenue) in Luxor to internationally promote the country’s soft power and ancient civilization.

This came during a Saturday meeting to follow up on the ministry’s projects, according to a statement from the Egyptian Presidency Spokesperson Bassam Rady.

During the meeting, El-Enany presented the position of the tourism movement during the current period, and the measures taken by the government to promote Egyptian tourist destinations to utilize the unique and diverse elements that Egypt possesses, especially with the start of the winter tourism season. 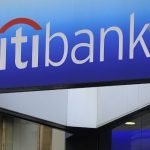 Egypt is vitally important for expansion in emerging markets: CitibankUncategorized 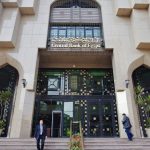 CBE expected to keep interest rates on hold for eighth time in a rowUncategorized
Start Conversation
Powered by
Hello,
Happy To Help You.