Egypt came in the third place among other countries in the Middle East and North Africa (MENA) in terms of startups securing investments during November, according to a December 10th report by Wamda.

The Egypt-based enterprises included Argineering, which reportedly raised $200,000 (EGP 3.14 million) through crowdfunding, according to the report. 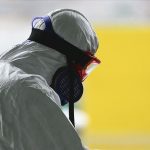