Oil prices slip on the back of COVID-19 worries

Oil prices drop came amid a spike of new coronavirus infections in some major economies forced renewed restrictions or a delay of unwinding lockdowns.

Oil prices declined on Monday as surging COVID-19 cases in some major economies rekindled concerns over demand for fuel.

The downbeat oil prices came as a continued spike of new coronavirus infections in some major economies forced renewed restrictions or a delay of unwinding COVID-19 lockdowns.

Meanwhile, market participants digested the latest output policy from the Organization of the Petroleum Exporting Countries (OPEC) and its allies, a group known as OPEC+.

OPEC+, agreed Thursday to increase oil production by 500,000 barrels per day (BPD) from January and said they would meet monthly to decide further output levels. It means the group would move to output curbs by 7.2 million BPD early next year, compared with current cuts of 7.7 million BPD.

For the week ending Friday, the WTI and Brent climbed 1.6 percent and 2.1 percent, respectively, based on their front-month contracts.
“The equilibrium on the oil market remains fragile, so we regard the current oil price level as excessive,” Eugen Weinberg, an energy analyst at Commerzbank Research, said in a note on Monday. 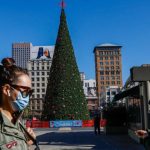 Covid: Most of California under strict new lockdown as cases surgeUncategorized 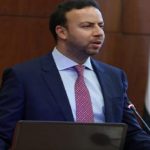