‘We cannot accept Egypt being described as autocrat state,’ s

Egypt’s President Abdel Fattah Al-Sisi has met with his French counterpart, Emmanuel Macron, to discuss bilateral ties and the connection between France and the Muslim world.

During the meeting, which took place in Paris on Monday, the two leaders also tackled regional and international issues, whilst also addressing issues of mutual interest. This included counterterrorism, the Palestinian Cause, and the situations in Lebanon, Iran, and Libya.

During a press conference, President Al-Sisi stressed that coming to a political solution is the only way to achieve stability and security in Libya. Both leaders agreed on the need to dismantle militias in Libya and remove mercenaries that are present in the country.

Meanwhile, Macron praised his Egyptian counterpart’s support for France against the “hatred campaign against Paris.”

President Al-Sisi arrived in Paris, on Sunday, to hold political discussions with Macron and French officials.

The visit has come amid a continuing spat between France and the Muslim world, following the re-publishing of controversial cartoons depicting the Prophet Muhammed, and the latest measures against the Muslim community in France following the outrage. 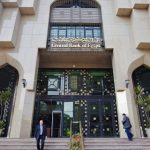 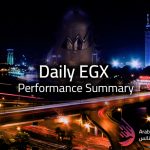