The British Ambassador to Egypt Sir Geoffrey Adams signed, on Saturday, an agreement with Egypt’s Assistant Foreign Minister for Europe, Badr Abdel Aaty to strengthen political and trade ties between the two countries.

The agreement will allow British and Egyptian businesses and consumers to benefit from continued preferential access to the market after the end of the transition period, which will help boost vital trade and investment.

This agreement will take effect in January 2021, when the EU-Egypt Association Agreement ceases to apply to the UK.

In addition to securing trade, the agreement provides a framework for cooperation and further development of political, economic, social and cultural links. 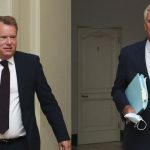 Brexit: ‘Final throw of the dice’ as trade talks resumeUncategorized 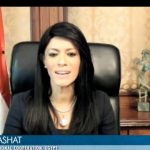 Egypt receives $7.3bn in funds despite pandemic in 2020Uncategorized
Start Conversation
Powered by
Hello,
Happy To Help You.