Televisions play a major role in our homes, often acting as the centre of the home entertainment system.

They represent the device that the whole family gathers around to enjoy their film night. The television has evolved a lot since the design of the first black and white TVs to the current high end TVs we see now, and LG has contributed to the TV device formation globally.

In 1966, as the company to bring the first big televisions to the market, LG was the first to bring a locally produced television to the Korean market, in the form of a 19 inch black and white TV.

With the 55 inch Full HD LCD TV, LG was able to exceed the size barrier of 50 inches, and thus presented, in 2004, the world’s largest TV at the time. In the same year, LG again hit the outer limits, with the 71 inch Full HD PDP TV. 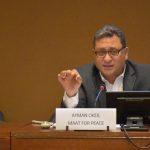 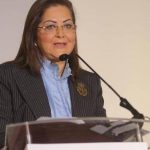 Egypt’s public investments up 70% to EGP 595bn in FY 2020/21: Planning MinisterUncategorized
Start Conversation
Powered by
Hello,
Happy To Help You.