Italy’s Eni has signed a series of agreements with Egypt, paving the way for the Damietta LNG plant to restart operation by the first quarter (Q1) of 2021, the company announced on Tuesday.

The agreements were signed between the Egyptian General Petroleum Corporation (EGPC), the Egyptian Natural Gas Holding Company (EGAS), and the Spanish company, Naturgy.

The liquefaction plant’s owner is the Spanish Egyptian Gas Company (SEGAS), which is 40% owned by Eni through Union Fenosa Gas. The plant has a capacity of 7.56bn cbm per year, but has been idle since November 2012.

According to a statement, Union Fenosa Gas’s 80% stake in SEGAS will be split between Eni and EGAS at 50% and 30% respectively. 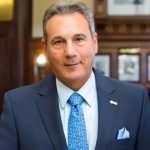 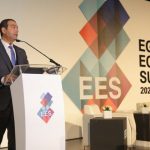