Amulti-nation joint naval and air exercise kicked off in the Egyptian waters of the Mediterranean Sea, the Egyptian Armed Forces said in a statement on Tuesday. Dubbed “Medusa 10,” the military drill, which basically includes forces from Egypt, Greece and Cyprus, will last for several days, the statement said, adding that the training comes in light of the growing partnership and military cooperation between the Egyptian army and friendly countries.

For the first time, France and the United Arab Emirates will participate in 2020 edition of Medusa exercises alongside Greece, Cyprus and Egypt.

The participating forces will implement several joint naval and air combat tasks to enhance the skills of commanders and officers in managing joint operations, the statement said.

They will also “exchange expertise to reach the highest levels of efficiency and readiness to implement any joint tasks under different circumstances, especially in light of the rapid changes witnessed on the regional and international arena,” it added. 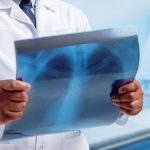 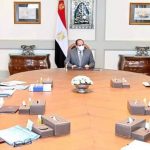 Al-Sisi follows up on progress of milk collection development projectUncategorized
Start Conversation
Powered by
Hello,
Happy To Help You.