Country’s authorities say they have killed over 10,000 fighters from Tigray forces over past three weeks

Ethiopia’s Prime Minister Abiy Ahmed called on the international community not to intervene in the current crisis in his country, due to the Tigray issue being an internal matter.

In a statement early on Wednesday, Ahmed called for “adherence to the principle of non-intervention in internal affairs” of countries.

“A fundamental element of the international legal order is the principle of non-intervention in the internal affairs of sovereign states, which is enshrined in Article 2 (7) of the Charter of the United Nations,” Ahmed said.

Ahmed’s statements came just a few hours before the end of the 72 hour period given to rebels to surrender by the Federal Government of Ethiopia.

The latter has faced a serious challenge since the start of the armed conflict with the Tigray People’s Liberation Front (TPLF) on 4 November. 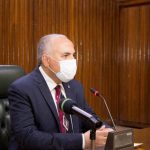 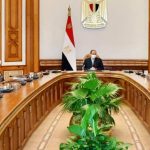