How the new normal accelerated the blockchain revolution

Prior to the pandemic, blockchain wasn’t expected to reach its technological prime until at least a decade from now. But the new normal has become a catalyst for the adoption of the technology.

Like most industries, the blockchain ecosystem has taken a significant hit due to the global pandemic. A recent IDC report suggested that blockchain is expected to grow just 57.7% worldwide in 2020, significantly less than pre-COVID-19 forecasts estimated, because of IT cutbacks amid the poor economic climate.

However, what brought on that short-term loss could ultimately result in a long-term gain for the technology. Blockchain still has the potential to revolutionize many global enterprises, buthas remainedlow in priority for organizations across the globe.

The new normal, brought on by the pandemic, has acted as a catalyst for blockchain adoption. The technology is far superior to emerging ones because it provides greater data privacy and security. Older data management systems may lack scale, interoperability and real-time knowledge sharing, which can be addressed easily with blockchain. This minimizes the effort involved in transformation initiatives, because the “how” of change implementation is partially answered by the technology itself. 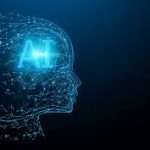 Here’s how VISA, Mastercard and PayPal are fighting cyber frauds with AIUncategorized 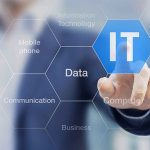