If Future is allowed to renege on its contract with Amazon, it may signal to global investors that investments in India are risky, the U.S. company alleges. That is an inconvenient image at a time when Prime Minister Narendra Modi needs foreign investment to create jobs and reboot an economy pummeled by the pandemic.

A battle between Amazon.com Inc. and Reliance Industries Ltd. to dominate India’s $1 trillion consumer market is stoking nationalist rhetoric in a courtroom and outside, as the two companies tussle over the future of a distressed local retailer.

At the center of the case is Amazon’s efforts to block Reliance’s planned purchase of Future Group’s assets, saying the Indian retailer violated a contract by agreeing to a sale to a rival controlled by billionaire Mukesh Ambani. The Delhi High Court is now weighing if the U.S. e-commerce giant has any legal basis to object to the transaction and a ruling is expected in weeks.

The legal spat has not only revealed the intensity of the fight between two of the world’s richest men — Jeff Bezos and Ambani — but has also sparked a “foreign versus local” debate. A lawyer for Future, in his argument, painted Amazon as the “Big Brother in America” out to crush a small local company, while a retailer lobby group declared its “support to Indian company Future Group in its fight against Foreign Amazon.” 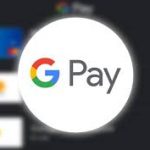