Egypt’s Higher Committee for Nile Water met on Tuesday to discuss the latest developments regarding the Grand Ethiopian Renaissance Dam (GERD). The meeting chaired by Prime Minister Mostafa Madbouly comes two days ahead of a scheduled meeting between the foreign and irrigation ministers of Egypt, Sudan, and Ethiopia over the mega Blue Nile dam.

The meeting was attended by Foreign Minister Sameh Shoukry, and Irrigation Minister Mohamed Abdel Aaty, and representatives from the General Intelligence Service (GIS).

The current round of meetings comes under the outcomes of the ministerial meeting on 16 August that took place between the Ministers of Foreign Affairs, and Water Resources, from the three countries, and the outcomes of the 21 July mini-summit that gathered leaders of the parties with South Africa, the current chair of the African Union (AU). 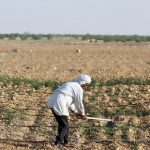 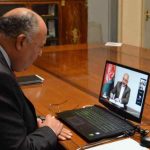