During an online conversation on Tuesday, Shoukry emphasised the historical relations that bind the two countries, and Egypt’s keenness to support Afghanistan’s development efforts.

He also expressed Egypt’s aspiration to participate in rebuilding Afghanistan, and transfer Egyptian expertise in several areas to the Afghan government, including planning and construction of new cities.

For his part, Atmar hailed the strong relations between the two countries, and Egypt’s support to his country, especially in the field of training and education, including scholarships, whether in Al-Azhar or public universities. 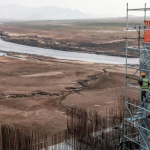 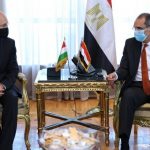